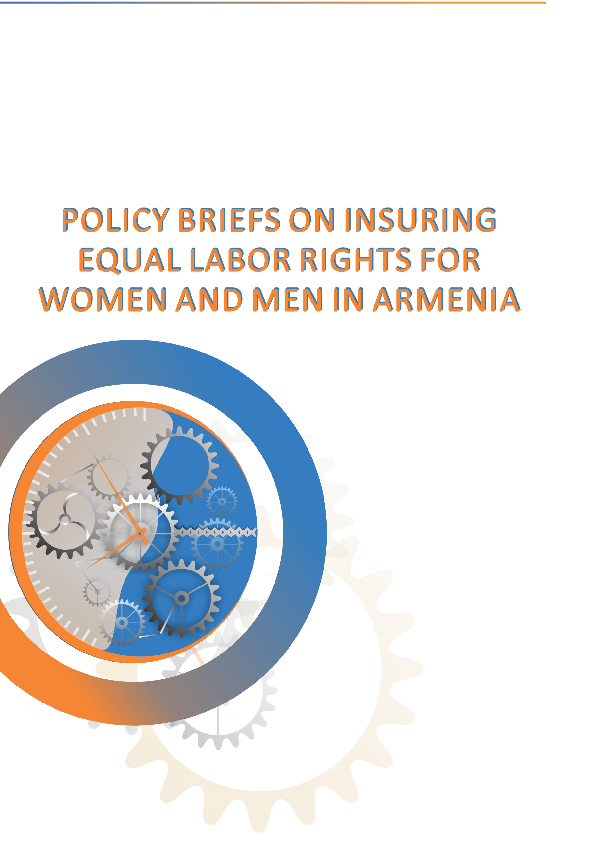 Policy briefs on Ensuring Equal Labor Rights for Women and Men in Armenia was developed
within the frame of INSPIRED+ Armenia project implemented by OxYGen Foundation, the
European Partnership for Democracy (EPD), the Netherlands Institute for Multiparty
Democracy (NIMD) and the Club de Madrid with financial support from the EU.
This publication was produced with the financial support of the European Union. It’s contents
are the sole responsibility of OxYGen Foundation and do not necessarily reflect the views of the
European Union. 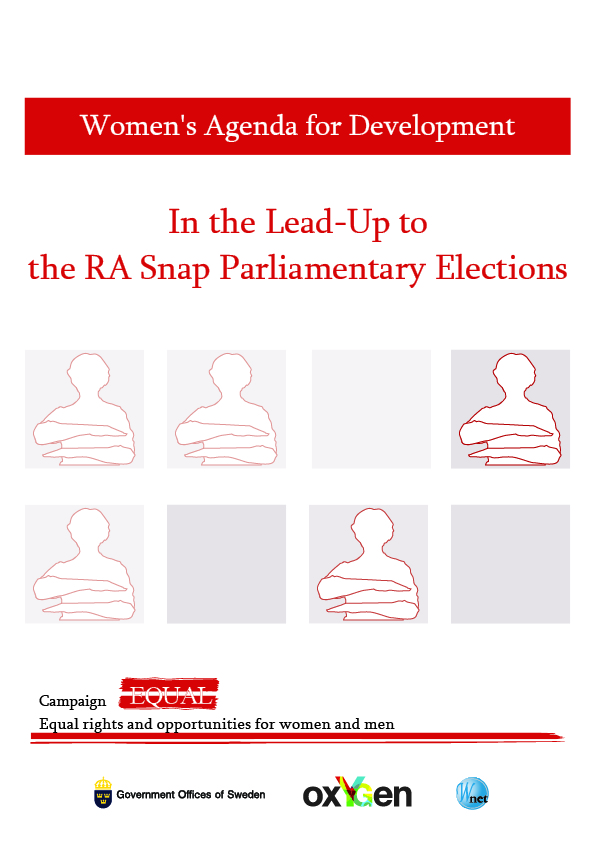 The Women’s Agenda has been developed within the framework of the program EQUAL: Promoting
Women’s Political Participation at National Level in Armenia funded by the Government Offices of
Sweden and implemented by OxYGen Foundation in cooperation with the experts of
ProMedia-Gender NGO and WomenNet.am website. 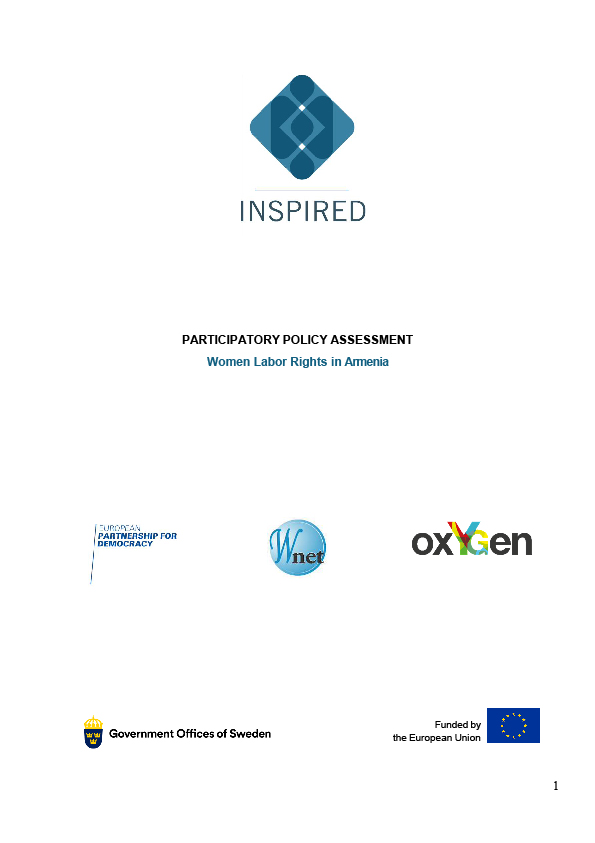 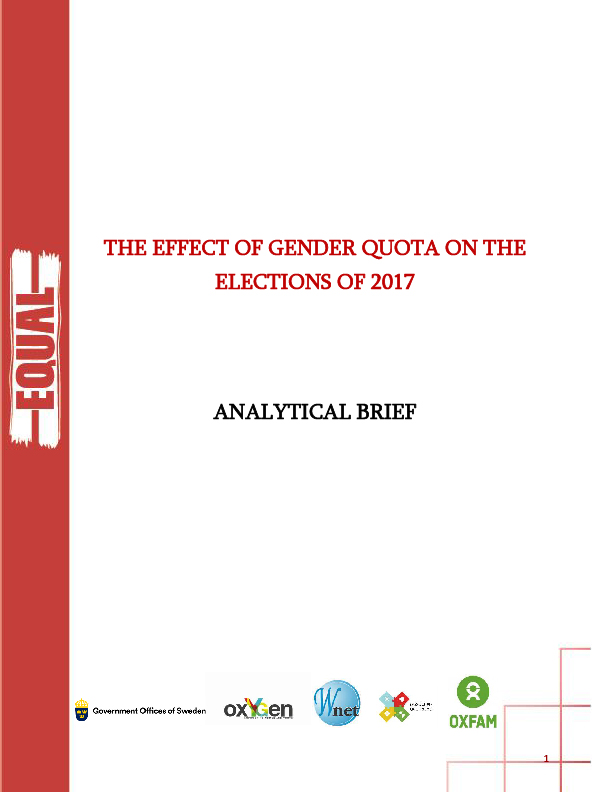 This analytical brief was compiled based on the outcomes of monitoring women’s participation in elections. The monitoring was conducted within the framework of “Promoting women’s political participation in Armenia” project.
The Project is implemented by OxYGen Foundation for Protection of Youth and Women Rights with partnership with the info-analytical portal WomenNet.am and Family Academy NGO with the financial support of Government Offices of Sweden 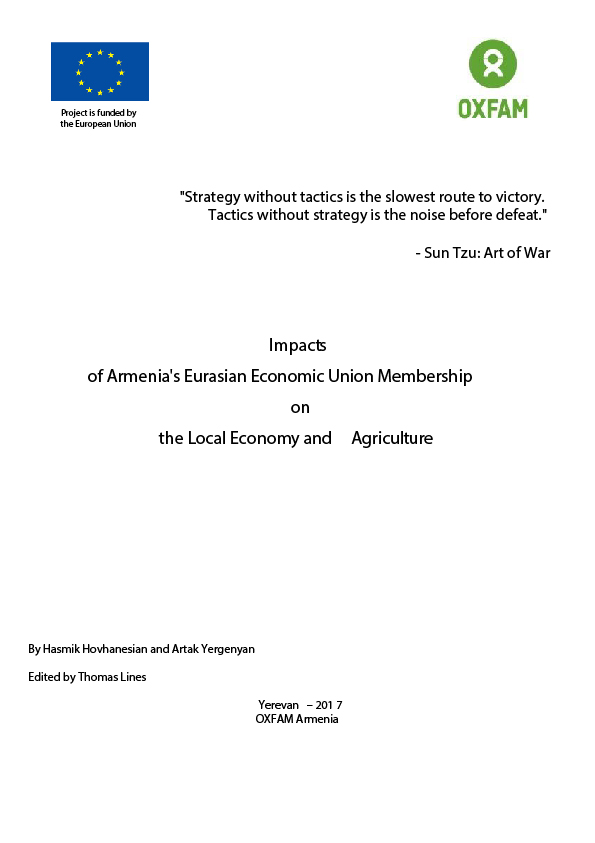 Armenia’s food and agriculture sector has never been characterized by abundance and self-sufficiency. Even during the flourishing time of the Soviet era, Armenia was a net importer of agrofood products, although there were many ranges of products for export due to their special or unique qualities.
In 2015, Armenia became a full member of the EAEU. The EAEU market has a population of about 183 million. Russia, which is the ninth most populated country in the world with 146 million people, counts for 77 percent of that. Most “Made in Armenia” agro products are exported to the Russian market. The major characteristics of the Russian and EAEU markets are higher incomes, exotic and quality-oriented tastes, and high e-commerce. 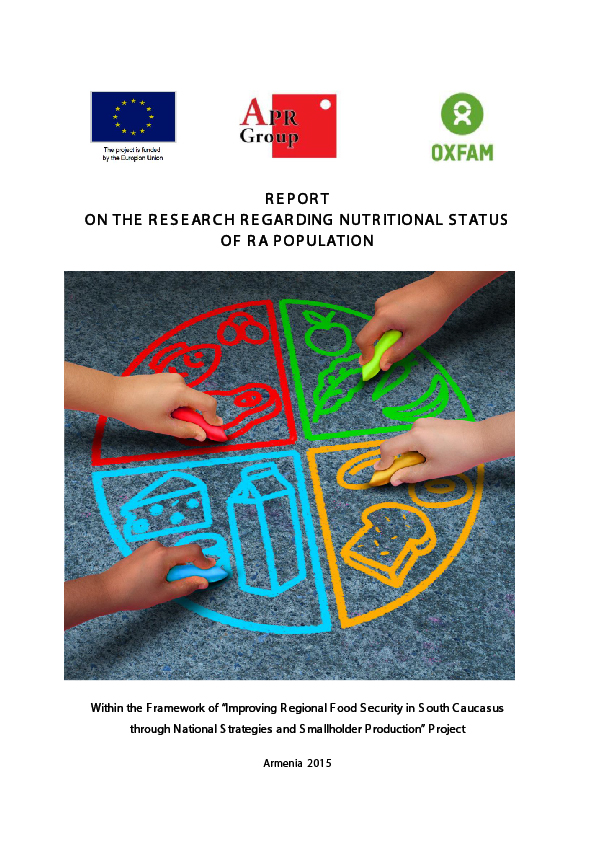 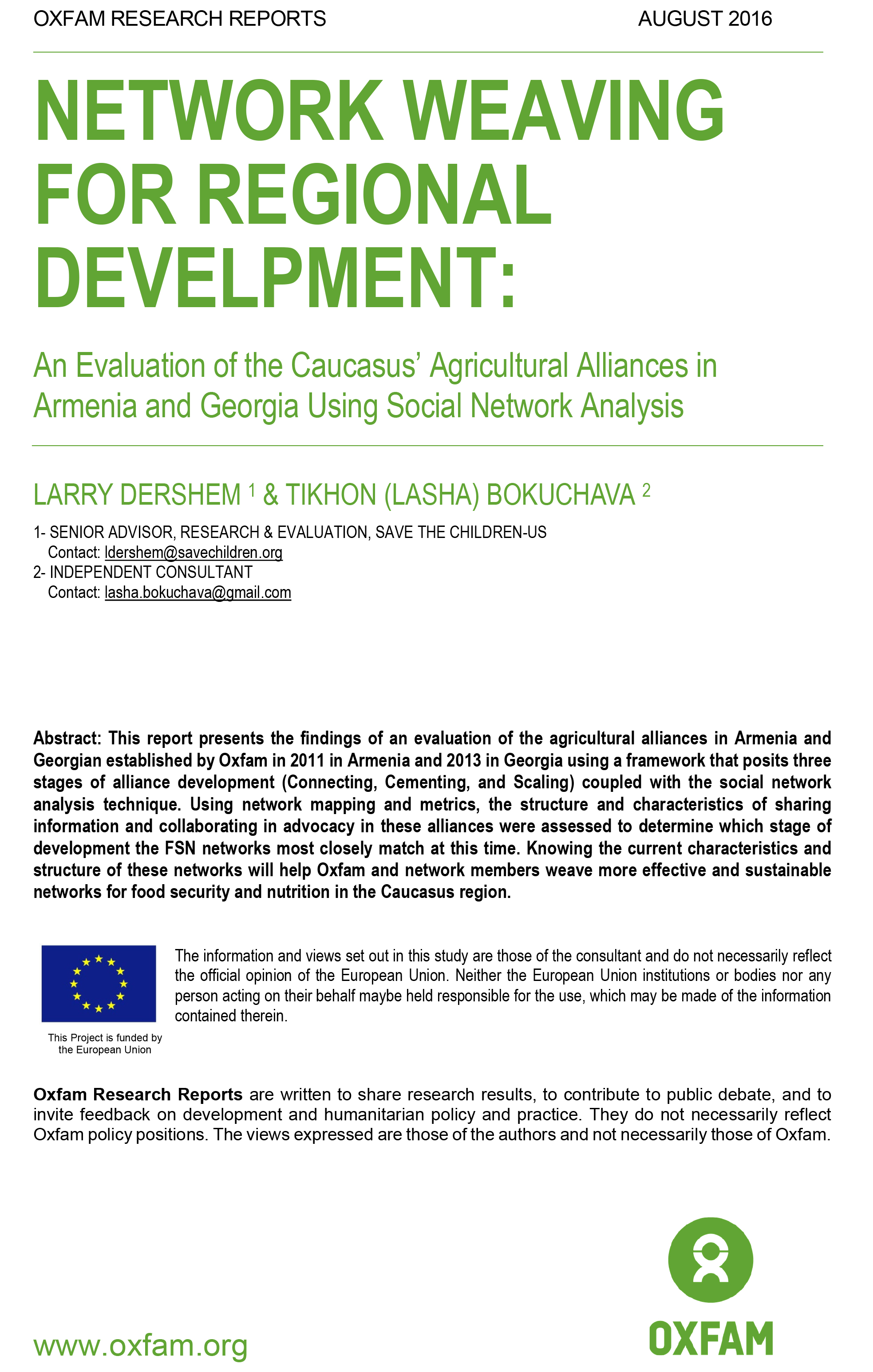 This report presents the findings of an evaluation of the agricultural alliances in Armenia and Georgian established by Oxfam in 2011 in Armenia and 2013 in Georgia using a framework that posits three stages of alliance development (Connecting, Cementing, and Scaling) coupled with the social network
analysis technique. Using network mapping and metrics, the structure and characteristics of sharing information and collaborating in advocacy in these alliances were assessed to determine which stage of development the FSN networks most closely match at this time. Knowing the current characteristics and structure of these networks will help Oxfam and network members weave more effective and sustainable networks for food security and nutrition in the Caucasus region. 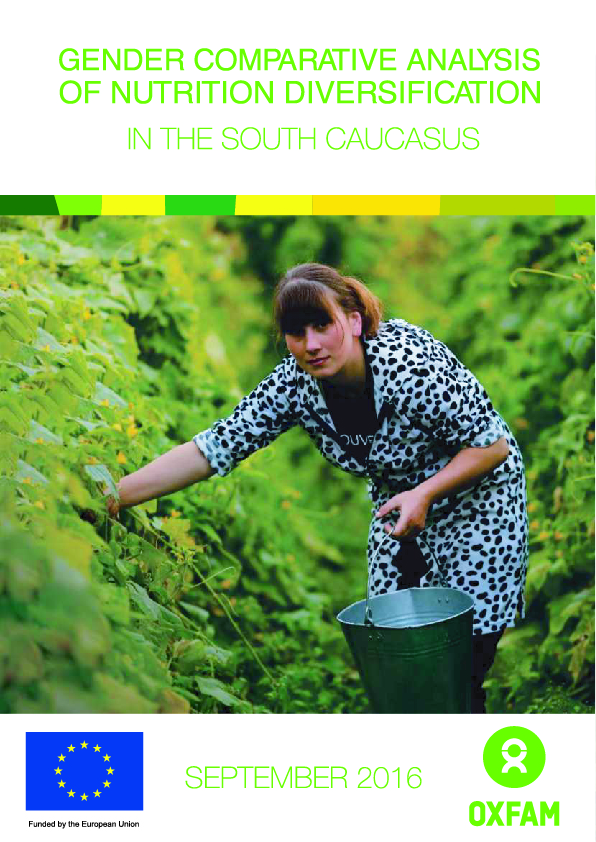 This briefing paper relied on the data collected during the nutrition diversification research carried out in the three countries of the South Caucasus. Elkana coordinated the research for Georgia and Azerbaijan, the field survey was carried out by ACT and the analysis was provided by the nutrition expert Ms Tamar Manjavidze. In Armenia, the research was conducted by APR Group in cooperation with the Ministry of Health of Armenia. The research in all three countries as well as this briefing paper were made possible with the financial contribution of the European Union in the framework of the project “Improving Regional Food Security in South Caucasus through National Strategies and Smallholder Production”
This report was prepared by Claudia Lazarte Pardo, International Nutrition Consultant and the Oxfam team. For more information on Oxfam’s activities in the South Caucasus region, please visit www.foodsecuritysc.com 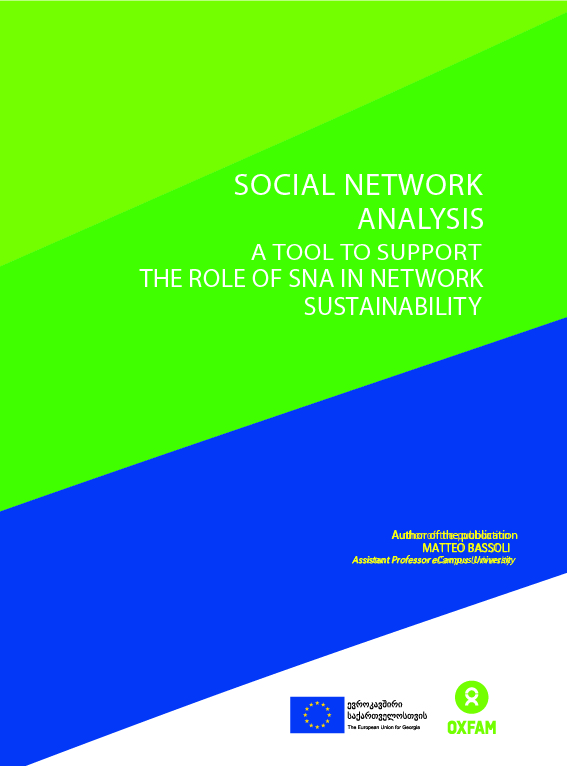 Project graduation is a crucial aspect in international cooperation. However, an analysis of the literature shows that limited attention has been devoted to the issue of exit strategy during graduation. A central issue is the lack of assessment of the local partners’ network to which international governmental and non-governmental organisations alike phase-over when leaving a community. This article thus presents the use of social network analysis (SNA) in this specific field, as a tool to depict project networks with precision and analyse them thoroughly to suppor project graduation. Drawing on an exemplary case of an implementation tailored based on an advocacy coalition, it highlights five variables that account for the success of this approach: timing, information disclosure, expectations, the role of experts and ownership of the results. Moreover, it underlines two additional factors that help to ease the implementation: clarity on the exit strategy and partners’ engagement. 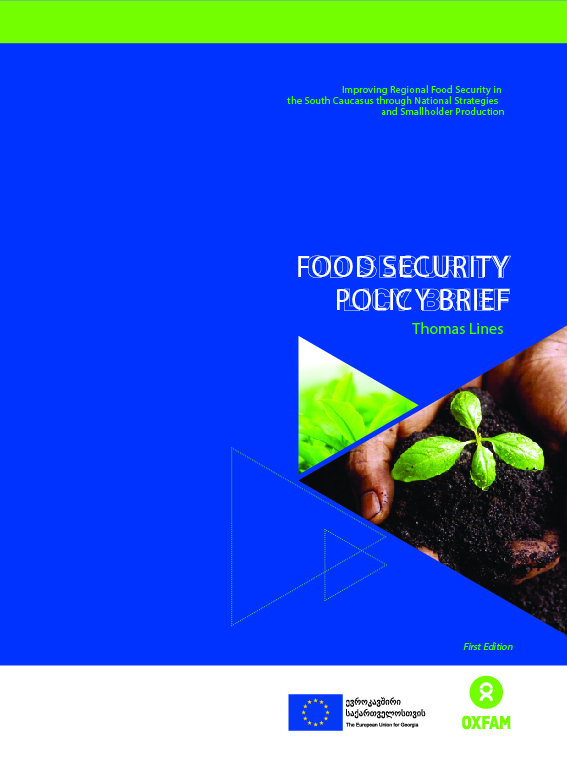 This briefing reports on the findings and recommendations of a project on improving food security in the South Caucasus which was carried out in 2013-17, mainly in Armenia and Georgia, by Oxfam GB on behalf of the European Union (EU). Armenia and Georgia face challenges of food security due, in part, to their mountainous terrains and threats to national security and territorial integrity, and partly to poverty and low agricultural yields among the large shares of their populations who are engaged in farming. In addition, they are only beginning to address the problems of poor rather than insufficient diets, which lead to modern problems of nutritional health in the form of non-communicable diseases. 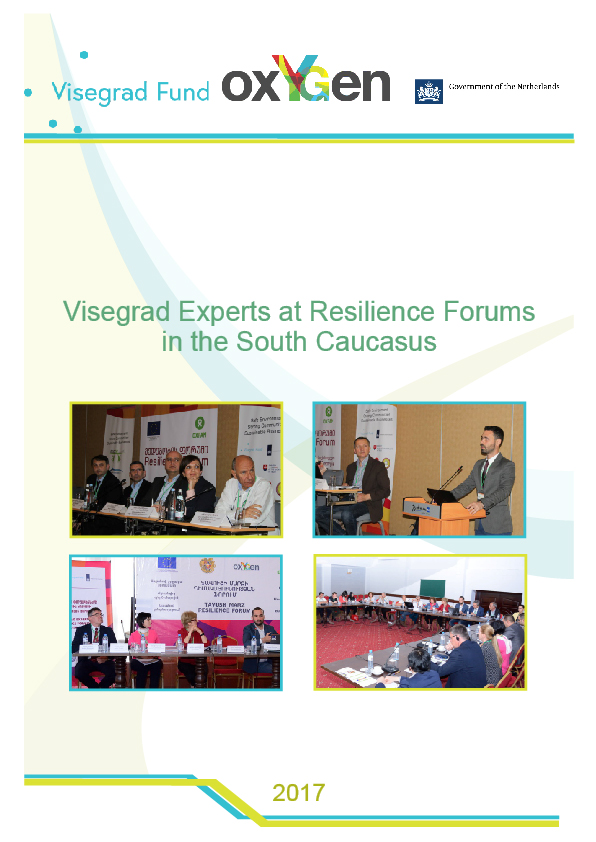 The publication was prepared in the frame of “Visegrad Experts at Resilience Forums in the South Caucasus” project, which is funded by International Visegrad Fund and Ministry of Foreign Affairs of the Kingdom of Netherlands and implemented by OxYGen Foundation. 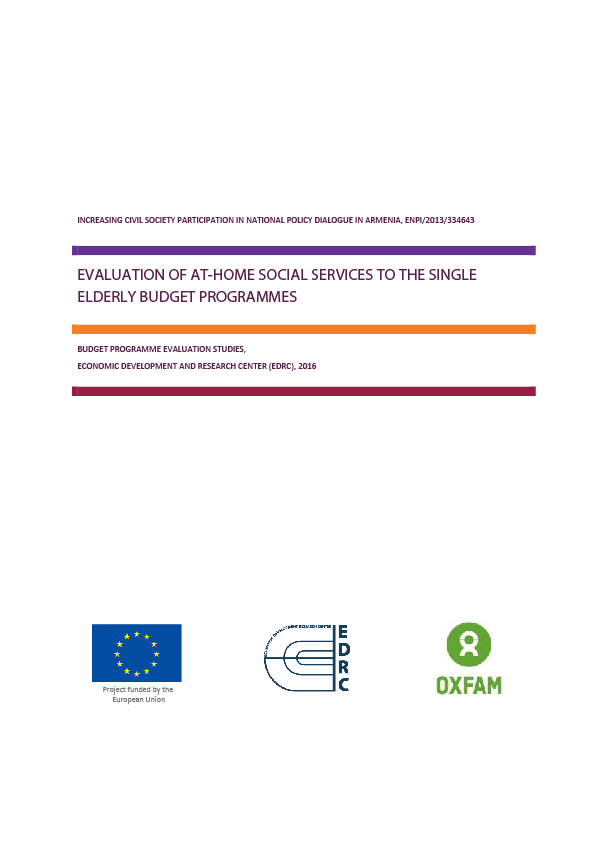 This document was developed by the Economic Development and Research Center NGO within the framework of the “Increasing civil society participation in national policy dialogue in Armenia” project under the component of Monitoring and Evaluation of Budget programmes. The project is implemented in cooperation with OXFAM and is funded by the European Union. The report summarizes the results of discussions with the MLSA, elderly care and social service provider organizations, international organizations and CSOs held on July 28‐29, 2016.

Our history
Our mission
Strategic directions
Our team
Donate us

Our donors
Our partners
Coalitions and alliances

2019 OxYGen. All rights are reserved.