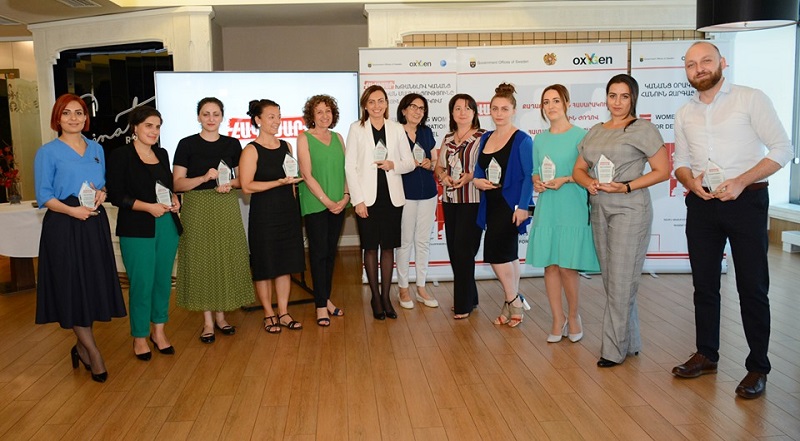 The “Equal” campaign was launched on 2015 December. We want to extend our gratitude to people who, at different times, in various positions, in different spike stood up with “Equal”, joint us and fought together for equal rights and opportunities for women and men in the country.

The Equal Champion award has been granted to deputies of the National Assembly of Armenia : Lena Nazaryan, Gayane Abrahamyan, Shaqe Isayan, Anna Kostanyan, Arsen Julfalakyan, Ani Samsonyan, Heriqnaz Tigranyan, as well as to “Equal” partners ProMediaGender NGO” the “Family Academy” NGO, YSU Center for Gender Studies and Leadership, the Swedish Embassy in Armenia, ​​with the support of which the “Equal” campaign was implemented.